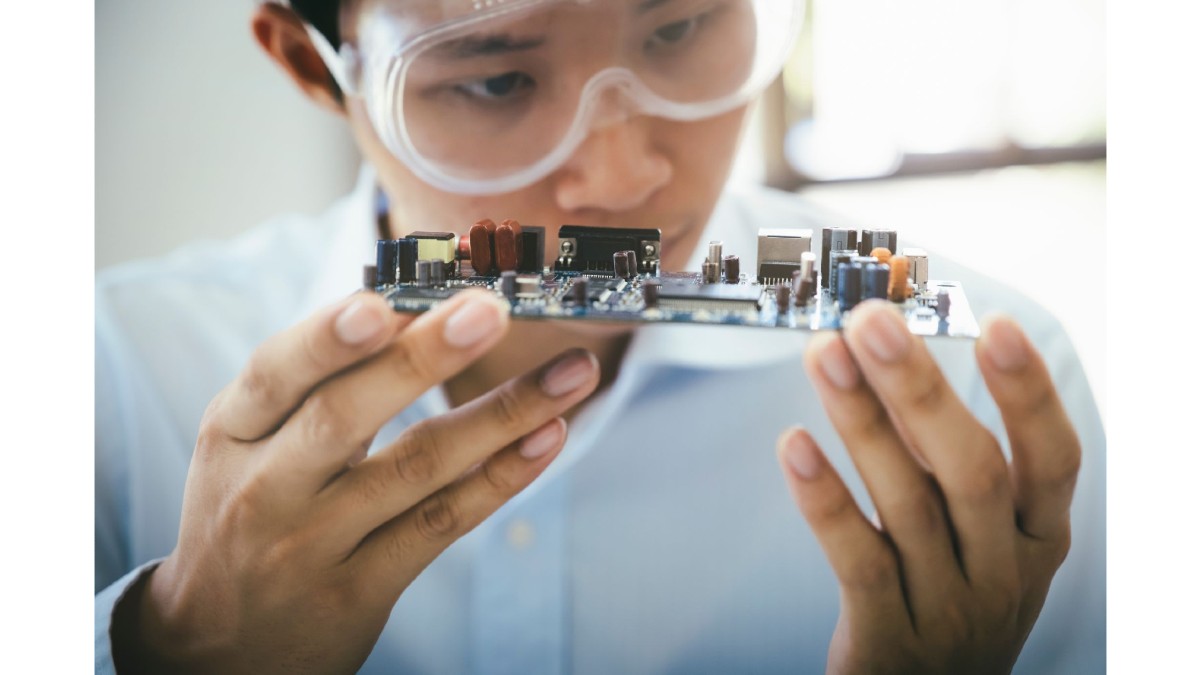 The impact of this crisis is undeniable, not just for technology manufacturers. Integrators have also had to resort to strategies to be able to implement projects.

Since the end of 2021 and so far in 2022, a key issue has been the recovery of the audiovisual industry. After the crisis due to the pandemic, projects that had been postponed began to be reactivated and the adjustments to meet the new regulations due to Covid, made the outlook for the industry encouraging.

But that market recovery did not have a problem that would affect: the shortage of microprocessors. This is a crisis that impacts on the production of technological equipment of all industries and that occurred thanks to political, trade and environmental factors. This lack affects in the short and medium term, the comfort of human life and access to new technologies, such as audio and video devices.

Now, although the pandemic has the responsibility of accentuating the impact of this fall in production, it was not the trigger. It is necessary to understand that this situation is the interweaving of variables that acted as a breeding ground, including the scarcity of high purity monocrystalline silicon, an abundant raw material in its non-pure form, which is obtained on an industrial scale from quartz sand. At the Coffee Table Argentina - Global Crisis of Semiconductor Supply, a virtual event organized by the Latin American Security Association (ALAS), the aspects that help to understand the reason for the current shortage of this technology were presented in a simple way.

The members of ALAS indicated that, at a general level, what has had the greatest negative impact on the global market is that the increase in demand for these processors was not accompanied by the forecast, which generated delays in the manufacture of mass consumption technology and an unsuspected increase in the amount. TSMC (Taiwan Semiconductor Manufacturing Co), the world's leading producer of semi-conductors, announced in August 2021 the increase of up to 10% in the production prices of 7 nanometer (nm) chips and up to 20% in chips of 16 and more nm. In addition, this year the Taiwanese company United Microelectronics Corporation (UMC), second in production globally, reported an increase of 10% in the first quarter, added to the slight increase it had already had in 2021.

In the economic aspect, this increase in costs causes great surprise, since the constant development of this technology had meant that, for at least the last 20 years, stable prices and a high supply were maintained.

Increase in demand and decline in raw materials
Nowadays the level of chips that are required for everyday items has grown exponentially, more when it comes to products that have IoT (the Internet of Things) or require computational power for their operation. An example of this is cars, according to the American firm Deloitte, a mid-range car uses around 3,000 and a high-end unit more than 10,000 chips. This is why the findings of the report Things Matter 2019: the IoT user experience in Spain, presented by Telefónica Tech, which indicated a 66% increase in consumers of connected devices and the tripling of cars connected to the network, compared to the data of that same research in 2017.

Supply and demand
The demand and crisis of this technology, also called "semiconductors" allows us to better understand the fall in production of the automotive industry. For example, the Spanish Association of Automobile and Truck Manufacturers (ANFAC) reported decreases in 25.3% of production for the 2020 period due to the lack of raw material. Another factor that overwhelmed the demand is the use of these components in mass consumption products such as cell phones. According to Gartner, a consulting firm specializing in information technology research, the top 10 original equipment manufacturers (OEMs) increased their semiconductor spending by 10% in 2020, where Apple stood out, which wanted to guarantee resources for its successful AirPods and Samsung that covered the strong demand for enterprise solid-state drives (SSDs) for data centers.

That is, a whole generation of new merchandise that requires electronic components brought with it a level of sales without precedent. It is also worth considering the great boost that 5G gives to IoT commerce.

To this panorama it should be added that, at the end of 2021, China, the largest silicon manufacturer in the world, cut production to reduce its energy consumption. Which led to an increase in the cost of this material of 300%. According to El Confidencial, this increase "and the increase in the price of up to 328% of maritime transport, further complicates the proper functioning of supply chains at a global level", which translates into increased prices and lower availability for the end customer. 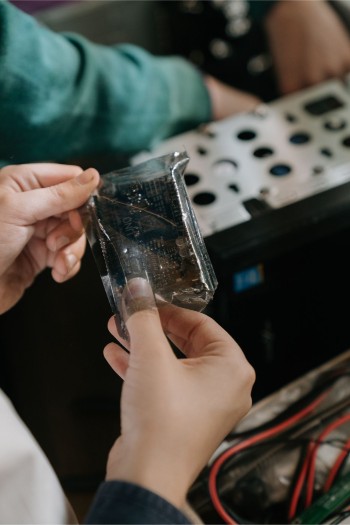 Political conflicts increase the crisis
It is important to mention that the political scenario has been another space of dispute around semiconductors. As background, at the beginning of 2018, the United States government accused the company Huawei of espionage through its devices, framing this in the impact on national security. To this struggle, which had diplomatic connotations, was added the recrimination of the then US president, Donald Trump, who linked the case to a "trade war". As a result of this, the Chinese technology giant was excluded from Google services, could not continue operating with the Android system and was closed the sale of microcomponents of American manufacture. Punishments and blockades that remain to date.

However, at a press conference in November 2021 Samsung announced the construction of a chip manufacturing plant in Austin (Texas), which is expected to begin production by the end of 2024. In this same sense, Intel revealed on March 15 of this year its plans to build a state-of-the-art semiconductor factory in Magdeburg (Germany), which adds to the new plants in Arizona and Ohio that it had already announced. For his part, since the beginning of this year, President Biden has been promoting a bill to strengthen semiconductor research and manufacturing in his country.

It is even easier to understand the reason for the strategy to build plants in the USA and the European Union, when one takes into account that, in 1990, Europe occupied more than 40% of semiconductor production and the United States 35%. But to date, Asia has accumulated 70%, the US ranks second with 22% and Europe is relegated to 8%. Hence, political acts in the West aim to have greater autonomy. Undeniable projection if one takes into account the atmosphere of distrust.

Within this particular scenario, two geopolitical situations stand out; the first is the China-Taiwan conflict, since tensions in the cultural and political relations of both governments are not resolved, where Beijing considers the island part of its territory, although it has independence and autonomy. The second is the conflict between Russia and Ukraine. An example of what this war can cause at the commercial level is that, in 2014, with the annexation of the Crimean peninsula, neon prices increased by 600%.

Microcomponents in the AV industry
The need for microprocessors thoroughly permeates different industries, especially when there are hardware components at play, from which high performance and processing power are expected. For example, for film projection, as well as in educational and meeting environments, DLP (Digital Light Processing) projectors are preferred, a technology that uses micro mirrors on a semiconductor chip called digital micromirror Device (DMD). Where each mirror represents a pixel in the projected image, so more mirrors higher resolution, being low maintenance and high image fidelity, in the case of a native resolution of 1024×768, we would talk about a chip with 786,432 micromirrors, which has a measure similar to a 1 euro coin. Thus, the lack of semiconductors affects the production of this type of device.

In the same sense, the new LED screens, used in videoconferences, events and audiovisual production spaces, have chips of compact size and low energy consumption, which allow them to make use of Artificial Intelligence to improve the quality of the image, as well as give greater control of the projection. Moreover, this type of device, thanks to its technical and software characteristics, can be joined to other units to form mega screens, which are in high demand in spaces such as stadiums, airports and concerts. On the other hand, for any professional work of production and transmission of audio and video, high-end computers are usually used, which require microprocessors, especially in parts such as RAM and solid state hard drives, preferred for their speed, low energy requirement and physical resistance.

Finally, audio and video devices are in high demand globally, as they are part of the entertainment and communications industry, but they are also the ones that make possible virtual meetings, a large component of hybrid education and business resources, which played a crucial role in overcoming the restrictions of confinement in 2020. As evidence of this, according to a survey made by the newspaper La República in 2021, among the 10 products that countries trade the most, in third place are chips (raw material for thousands of devices and electronic components), in the fifth computers and in tenth place broadcasting equipment.

AV Industry Response
AVI Latin America was able to talk to different manufacturers within the framework of InfoComm Show 2022. They recognize that there are shortages, which is impacting on the dispatch times of their equipment, which, in the most extreme cases, went from a couple of weeks to six months.

The strategies to which each factory has resorted to face this situation are different. Those with greater economic capacity, have gone out to buy the few microcomponents available despite their high price, assuming part of the cost and raising their products a little. In other cases, factories have had to choose from their catalog which equipment to produce, which can cover as many features as possible for different sectors, and suspend the production of another product line.

The impact of this crisis is undeniable, not just for technology manufacturers. Integrators have also had to resort to strategies to be able to implement projects. In many cases, the brands and/or products specified in the projects are not available or take too long to arrive, so they have had to look for similar products in other brands. In addition to the costs, there is talk of an increase between 10% and up to 40%.

This is a scenario that is undoubtedly impacting the recovery of the industry. AV technology manufacturers expect that the availability of microcomponents can be normalized by the first quarter of 2023.

No thoughts on “Abse of the microprocessor crisis”