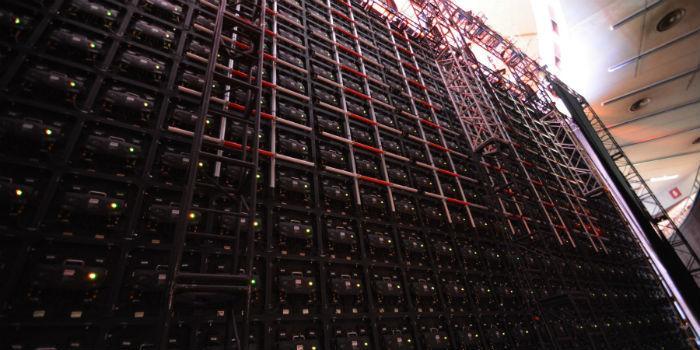 Visual displays and LED screens are exposed to possible hacks, or rather, the computers that control the screens are; not in exchange for money, but it can make us have a bad drink with the temporary modification of unwanted content.

It would seem that cyberattacks or the intrusion of hackers into computer systems is the new criminal "modus operandi" of modern times.

The modalities are the most varied, some request money in exchange for the release of the captured data or blocks, others make covert bank transfers, there is also the manipulation of voters and finally, we see the intrusion in line networks or WiFi modifying contents in visual displays.

The agents or "viruses" perpetrators of such a criminal act, have different forms and names, among them we have the "pishings", the "Trojans", the "ramsonwares", "PETYA", etc. All of them have the function of entering computer devices and modifying the operational programming, leaving it under the absolute control of the intruder agent.

In December 2016, one of the most notorious scandals was the presidential election of the United States of America, where in the dispute between candidates Donald Trump and Hillary Clinton, there was talk of attacks by Russian programmers within the electoral voting system, with the intention of modifying votes.

In May 2017, a ramsonware virus called "wannacry" affected more than 200,000 computers in 150 countries. These viruses are a variant of the "PETYA" and serve three objectives. First: Infect files. Second: It encrypts them. Third: Blocks your access. This attack targeted the popular Ukrainian operating software "MeDoc" by taking advantage of its updates.

In June of this same year, companies from Ukraine and Russia, such as the oil company Rosneft, the Danish maritime transporter Maersk, the British advertising group WPP, also suffered similar attacks where hackers requested a sum of US $ 300 in bitcoin for the release of the data.

Nowadays hackers have access to any type of system, not only from companies but also in networks belonging to governments with maximum security systems.

What is ramsonware?
It is a programming code that restricts the access of some files by encrypting them, asking for a ransom in exchange for release. It is transmitted as a worm or a Trojan. It affects corporate and personal computers under the variant called "Locky" which is a Trojan virus that is received through an email. Other variants of ramoneare are the cryptowall4, PadCrypt and Fakben.

These viruses seem to attack more frequently the Windows operating systems, of automatic update like the Window 10 or the Window 8, 8.1 of manual update.

Hacking any visual display is possible, for this we must identify the "frequency and format" of the streaming signal.

Today we have electronic devices that can capture packets of data from a network, retrieve them and analyze the type of "coding". These devices can open keys or passwords of wireless systems of 802.11 WEP systems, WPA-PSK of Windows, Linux, OSx, BSD and Solaris platforms.

Conclusions
Visual displays and LED screens are exposed to possible hacks, or rather, the computers that control the screens are. The screens for events that are controlled by "stand alone" or "console" systems will not have an intrusion problem, but those visual systems networked for public roads and that are fed via WiFi or Microwave, run the risk of being intercepted, not in exchange for money, but it can make us have a bad drink with the temporary modification of unwanted content.

*Adrian Morel is a consultant with 20 years of experience in Silicon Valley, California and can be contacted at: adrian_morel@yahoo.com

No thoughts on “Cyberattacks and hacking to LED screens”