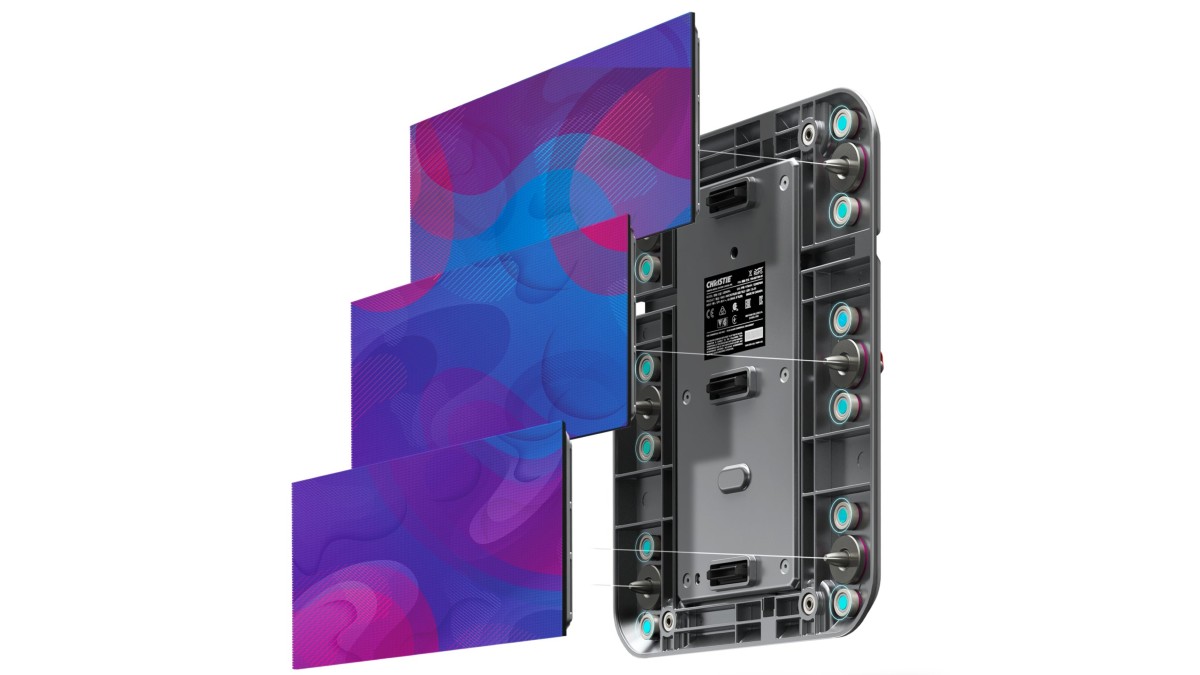 Latin America. Christie introduced two new models of MicroTiles LED. With pixel pitch of 0.75mm and 1.0mm, the two new models will join the 1.25 and 1.5mm models already offered by the solution, increasing the levels of reliability, efficiency and durability.

The two new models continue the ambition that characterized the first MicroTiles LED to combine the latest in mechanical design with the development of the most cutting-edge LED technology on the market.

The reliability of the new models has been improved thanks to flip-chip technology, which facilitates their maintenance and increases the life of the LEDs by dispersing heat more effectively. In addition, common cathode technology reduces energy consumption. In short, the design of Christie's new MicroTiles solutions translates into a significant improvement in energy efficiency.

In the new 1.0mm model, the LED is encapsulated behind a protective surface that improves optical performance and the level of blacks and contrast, while protecting the display from dust, dirt and scrapes. On the other hand, its greater durability opens the door to incorporate touch interactivity to the videowall.

Christie MicroTiles LEDs ensure superior visual performance, with powerful processing including 12-bit inputs, 4K at 60Hz, and HDR10 compatibility. The patented QuickMount system simplifies assembly, and the magnetic system, also patented, Click-n-Go allows LED mosaics to be organized into virtually unlimited shapes. LED MicroTiles are ideal for environments such as mission-critical control rooms, corporate lobbies and meeting rooms, and auditoriums and event spaces, as well as for retail or hospitality applications of the highest level.

It is now possible to place orders for Christie's MicroTiles LED 0.75mm and 1.0mm, which will start shipping in early 2023.

No thoughts on “Christie launches LED screens with pixel pitch of 0.75mm and 1.0mm”