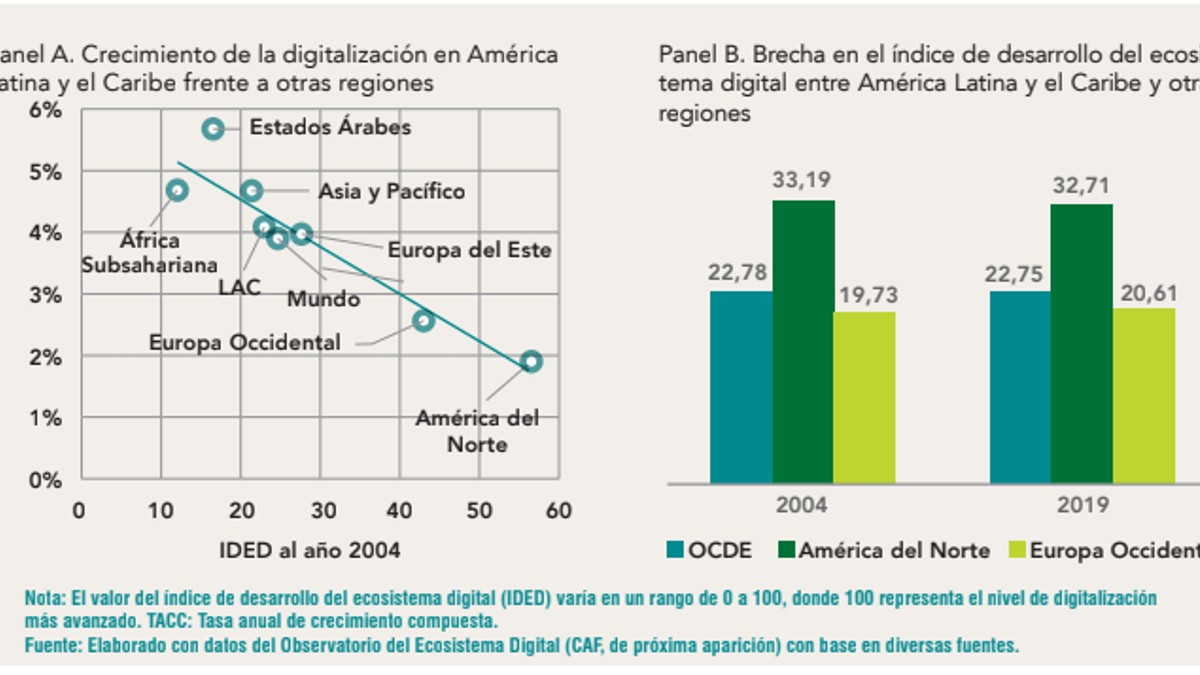 Latin America. The new "REPORT OF THE DIGITAL SIGNAGE MARKET IN LATIN AMERICA 2022" exposes that beyond these advances, the process of digital transformation of the region, understood as the adoption of technologies and use of digital services by households, production and governments in new areas, such as online access to financial services, e-commerce, the digitalization of production and industry 4.0 shows a moderate and distanced advance from economies with more developed levels of digitalization.

In turn, the Economic Commission for Latin America and the Caribbean, indicated: "At the end of 2019, Latin America and the Caribbean was, as a region, in an intermediate digital development (42.4 points out of 100), according to the Digital Ecosystem Development Index (IDED). It was, therefore, significantly behind the average of OECD countries and other advanced regions in this area".

Growth in the region's digitization index is in line with the global average and slightly below expectations given the initial level in 2004. It is also striking that other regions of the emerging world seem to maintain higher digitization rates than those presented by Latin America, raising the need to implement public policies that accelerate the digital transformation of the region.

It is then that the study states that, "despite the intermediate position reached by Latin America, it is possible to highlight important advances in its digitalization process. Between 2010 and 2019, the demand for the internet in Latin America and the Caribbean, measured by the number of users of this service, increased by 119%, reaching a penetration of 69.3%, based on which, 239.8 million new users accessed the services derived from digital connectivity".

During the same period, the percentage of companies with internet access increased from 77.4% to 91.1%, evidencing a deepening in the demand for this service by the productive sector. On the other hand, fourth generation mobile networks (4G) reached a population coverage of 87% at the end of 2019, representing one of the main means of access to the internet; 55% of the inhabitants of the region have a mobile broadband connection and the penetration of smartphones (Smartphone) stands at 75% according to the report.

By 2025, 4G connections are expected to total 468 million, reaching a penetration of 67%. It can be described that in countries such as Chile, Uruguay, Colombia and Costa Rica, the formulation of a broadband plan or digital agenda, combined with changes in the structure of public policy decision-making, has produced an acceleration in the rate of development of digitalization. While in the countries that simultaneously show a better institutional and regulatory quality are those that have more investment (64% higher) than those that have weak institutionality and regulation.

Likewise, the Development Bank of Latin America (CAF) argues that "the progress in the development of digital infrastructures is due to marked progress in the deployment of 4G networks and the significant increase in the speed of fixed and mobile broadband. Finally, human capital reveals divergent trends: improvement in the production of graduates in Science, Technology, Engineering and Mathematics and limitations in the digitalization of the workforce".

In general, the countries of the region are lagging behind in the digitalization of their production processes, although in some variables of basic digital adoption there is a process of convergence with the Organization for Economic Cooperation and Development (OECD). 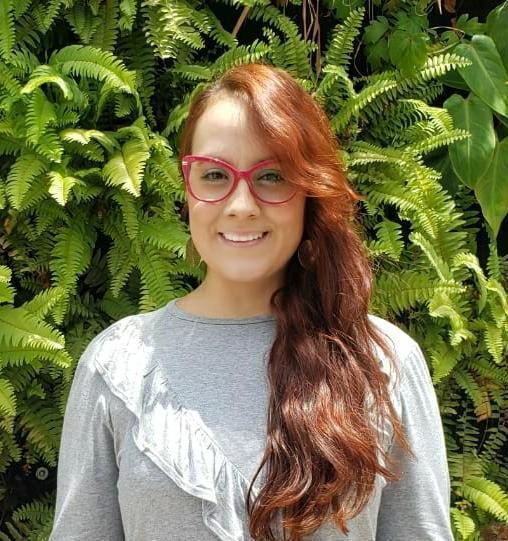